Showing posts from March, 2019
Show all

Zombie animals rise up yet again in a new animal preserve, threatening those who work there, and the world! REVIEW: The first Zoombies is one of my personal favorite Asylum movies, right behind Age of Dinosaurs , Triassic World , and 6-Headed Shark Attack , so suffice to say I was pretty excited when Asylum sent me a screener copy of Zoombies 2 to review, which up until about a week ago I didn't even know was coming out. For the most part, this movie is entirely stand alone from the first movie, save for one short scene towards the end that ties it directly in (I won't spoil that scene here, but it was definitely an unexpected and fun one). This movie takes place at a entirely different animal preserve from the first, and deals with poachers that break in to hunt the animals, except one of the poison darts they use isn't poison but the formula discovered in the first movie, unleashing the animal zombie virus upon this place, causing the surviving poache
24 comments
Read more

The Leprechaun from the original movie returns when a group of sorority girls unwillingly awakens him when they begin renovations on the farm house. REVIEW: I was weary of Leprechaun Returns upon the initial trailer. After all, Warwick Davis, the actor who played the Leprechaun in every other movie (minus the 100% unrelated Leprechaun Origins) was not returning for this one (although his reasoning is totally understandable) and on top of that it was being made by the SyFy Channel, and although I love their cheesy summer B-Movies, they aren't exactly who I think of when I think of resurrecting a beloved horror franchise and having it be worth it (their Pumpkinhead sequels, anyone? Urgh ). However, I really had nothing to worry about as this turned out to easily be one of the best entries in the series, if not the best. Leprechaun has always been a franchise where the idea itself was better than any of the actual movies. The first movie is so-so at best, with Leprech
3 comments
Read more 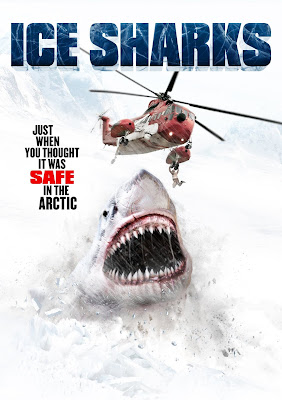 A group of scientists at a research facility based on Antarctica battle a breed of sharks that have invaded Antarctic waters. REVIEW: Ice Sharks, from 2016, is another of the more really fun 'The Asylum' movies, and one of the rare ones I hadn't seen before, so it was a pleasant surprise that I enjoyed it as much as I did and had me questioning myself on how I could have gone so long without checking it out. I loved that the action took place out in the middle of the arctic on a sinking research platform, it was a nice change from the usual ‘summer coastal town’ setting that most of these types of movies are set at, and even though the CGI was spotty in a few places, that’s to be expected from The Asylum. What surprised me is that the CGI actually looked pretty damn decent a lot of the time other than those few moments. It also included a really good pace filled with lots of different and fun (also occasionally gory!) attack and chase scenes,
2 comments
Read more
More posts