When a young boy accidentally triggers the universe's most lethal hunters' return to Earth, only a ragtag crew of ex-soldiers and a disgruntled science teacher can prevent the end of the human race.

REVIEW: I grew up watching the Predator movies (alongside the Alien movies and, later in life, the Alien vs Predator movies) and for the most part I've loved most of them. Even spent a large chunk of my teenage years reading all the novels and a fair number of the comics and graphic novels. I just can't get enough of these awesome intergalactic hunters, so it goes without saying I was pretty excited for a new movie from the get go. 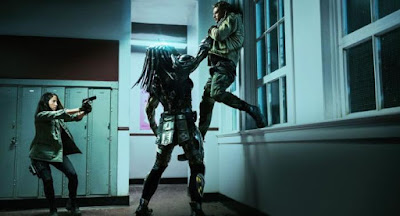 Unfortunately I was no prepared for just how bad this movie was going to be. To start, I do not like any of these characters at all. Olivia Munn was ok for the most part, but I hated literally everyone else, as they were too annoying to be likeable.

For the first bit of the movie I was like ‘Ok, this isn't bad. Not great but not horrible either.’ I had a few issues, mostly with the pacing and the characters, but I was willing to chalk that up to all the problems with the the reshoots and massive edits that plagued this production. Up until just after the Predator escapes from the lab I was kind of enjoying it, and I do genuinely love that escape scene and all the carnage that came with it. But the annoying as hell characters just kept getting more annoying as hell by the minute, and as the movie went on everything about it just got worse and worse.

Sure, there's a scene where the little kid BLOWS SOMEONE UP and they play it like a comedic moment. The kid outright murders someone, and it's played as a joke. Then there's a scene where the one Predator uses a dead guy's hand to give a thumbs up, and later on it motions with its finger for Munn to drop her gun. Like, what the hell did I even watch? I understand having some humor, it's present in all the Predator movies to a degree, but this was more like a Saturday Night Live sketch or a parody of the Predator movies than an actual official entry.

They should have left out a lot of the humor, most of it doesn’t work. They should have left out the stupid as hell Super Predator as regular Predators are still just fine and threatening and bad ass all on their own, they have not lost their appeal. Remove those aspects and just have it be about this captured Predator escaping and trying to get its gear back and get back to its ship, killing everyone in his way. It would have been a very similar movie, but way better in my opinion. 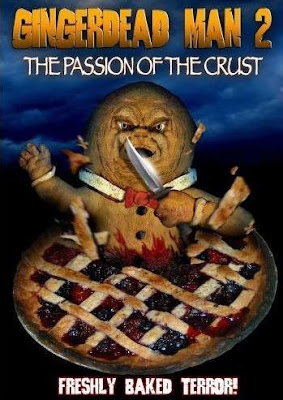