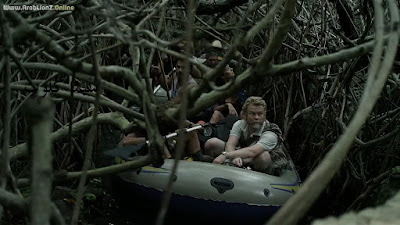 On top of that, this movie goes above and beyond what you would expect from a low budget B-Movie with its character building, and I also really enjoyed all of the scenes of 'putting a team together' and the exploration scenes and sense of adventure as they travel into the jungles of Mexico in search of a long lost ancient temple of myth. All of that stuff I felt was really engaging, done really well, and shot fantastic.

At this point I was outright loving this movie. 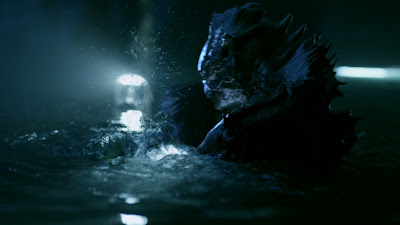 Unfortunately, I didn't need the ENTIRE movie to be just that stuff. As seems to be the theme of the week with all the B-Movies I watched this past week, the main plot of the movie, that being these people coming across ancient alien monsters deep inside this long lost temple, doesn't even happen until the final 15 minutes of the movie! And when it does finally happen , everything is so dark, shot so poorly, and moves so quickly, that you can't pick out anything that's going on.

Add to that the dreadfully bad and confusing opening and closing narration that bookends the movie and filled with so much random exposition that has nothing at all to do with anything else discussed in the movie outside of those moments, and what started out as a movie that took me by surprise in how much I was loving it ended up leaving a really bad taste in my mouth by the time the credits rolled. 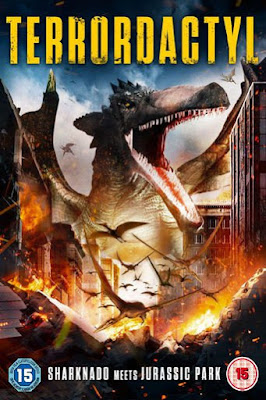 When ancient flying reptiles attack Los Angeles, it's up to two working-class landscapers to save the day.

REVIEW: I'm alwayson the lookout for new dinosaur B-Movies to review so it's a pretty safe bet that when a new one comes out, it doesn't take me long to track down a copy and have it up on my TV screen ready to go. What always makes the experience better though? When the movie is filled with cheesy goodness and the creators know exactly what the movie is and allows it to have fun - Yes, Terrordactyl is pretty much the dinosaur version of the fun-as-hell Big Ass Spider! 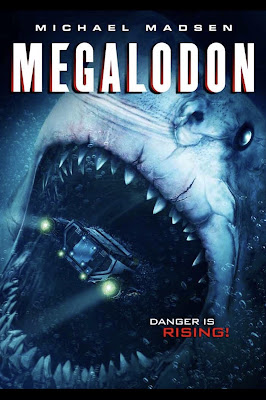 A military vessel on the search for an unidentified submersible finds themselves face to face with a giant shark, forced to use only what they have on board to defend themselves from the monstrous beast.

REVIEW: Megalodon is Asylum's latest mockbuster, made to cash in on the success of the big budget theatrical The Meg, as they always so expertly do. This actually isn't the first Megalodon-themed movie that The Asylum has released; They've already got an unrelated series of four movies dealing with the title creature battling various different other giant monsters in each one - Mega Shark vs Giant Octopus, Mega Shark vs Crocosaurus, Mega Shark vs Mecha Shark, and Mega Shark vs Kolossus.

The first thing I noticed is that while some of the CGI here is atrociously bad, even by Asylum's very low standards, some of it is also quite impressive. The Megalodon shark itself looking quite good and far better than their design of it used for the Mega Shark movies, with …
Read more 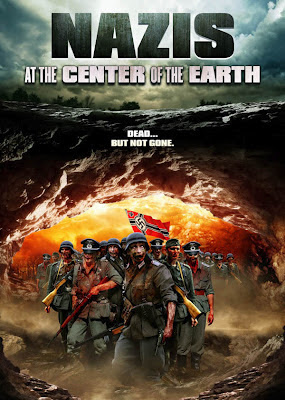 PLOT: A group of researchers in Antarctica are abducted by a platoon of masked soldiers and dragged to a hidden continent in the center of the Earth. There, they discover that surviving Nazi soldiers are plotting an invasion of Earth to revive the Third Reich.

REVIEW: I honestly wasn't originally planning on doing a review for Nazis at the Center of the Earth, simply because I can't review every B-Movie I watch, I just watch way too many of them, and where I recently put out two reviews, one for Grimm's Snow White and one for Gingerdead Man 3: Saturday Night Cleaver, with another one for Camel Spiders being prepped for the near-future, I was planning on just sitting back and enjoying Nazis at the Center of the Earth without having to worry about taking notes and doing up a review after. But by the time the credits started rolling I knew I just had to do a review of this one to help get the word…
Read more 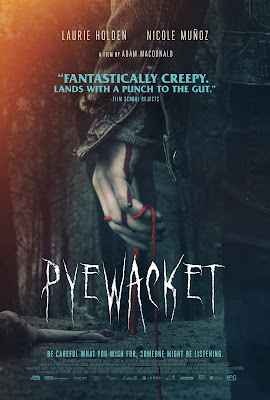 Just a few really quick, really short, thoughts on some B-Movies I’ve watched lately that I never did reviews for, for one reason or another (lack of time, not in the mood to do one, don’t have much to say, etc).

A frustrated, angst-ridden teenage girl awakens something in the woods when she naively performs an occult ritual to evoke a witch to kill her mother.

REVIEW: I loved the way Pyewacket was filmed, The acting was superb, and while the story is a massive slowburn, it’s an interesting story all the same, with a couple genuinely creepy moments. However, it’s a bit too much of a slowburn and it never really gets crazy enough in the end to make up for it. IN addition I got issues with some parts of the story.

The story about a group of youths who can't face the thought of growing up because anyone who does becomes a rampaging zombie.
REVIEW: Don't Grow Up, also known as Alone in some parts of the world, has a really fun and really interesting…
Read more 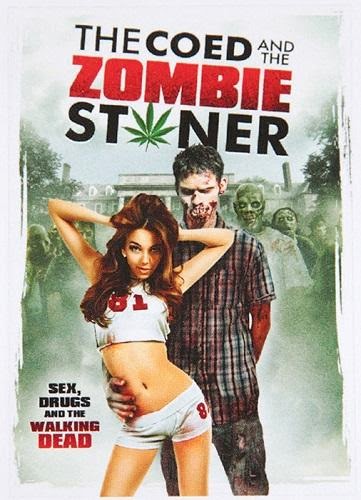 
When a nerdy sorority girl falls in love with a zombie, it's only a matter of time before a zombie apocalypse is unleashed on campus. The sorority girl discovers that weed is the cure--now she must smoke out the entire school before it's too late.

REVIEW: Starting in 2009, The Asylum began going off their beaten path and started producing original comedy fare (this excludes any film they acquired distribution rights to). 18 Year-Old Virgin, Sexpot, and #1 Cheerleader Camp are just a few titles, and their latest foray into comedic territory is The Coed And The Zombie Stoner. I am happy to report it is their most inspired and genuinely funny comedy to date.

Let’s get the bad out of the way as soon as possible. Professor Hagfish (Diane Chambers) serves positively, absolutely no purpose whatsoever. She just complains, gets in the way, and fails to advance the plot or the characters forward in anyway. The ending part with her is also frustratingly pointless, s…
Read more